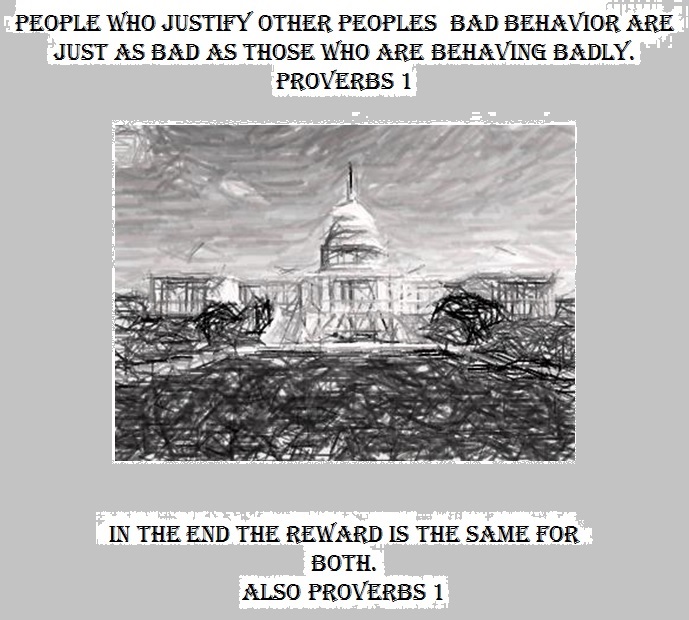 It is obvious that today’s mainstream media is nothing more than a propaganda mouth price for the elitist political machine in America. They no longer report news but try to control what is said about the news. Anyone with a lick of common since can see through the talking points that spew from the mouths of those in the media that feel that what they think and say should be taken as gospel. The lack of candor coming from them is beyond measure. It is obvious that the heads of these media organizations get together on a daily basis and agree on just what needs to be said and then pass it on to their mouth prices that set in front of the camera’s each day and add their own little spin to what is said. As long as they keep to the same talking point of the day they think that America is buying into the regurgitated trash that comes out of their mouths. For months before the 2016 election it was obvious that the majority of the press was backing Hillary Clinton for President. They put her up on a pedestal, just like they did Barack Obama, and expected the American people to worship their queen of choice. When the election was over and the shock of her defeat set in they became outraged that the American people rejected their choice for President. How could this happen to these so called beacons of truth. They were completely offended that their queen had been rejected. There grand plans of utopia for them where shattered. But wait! They had a backup plan. But they needed to convince the American people that the only way that Donald Trump could have won was to conspire with the Russians.

This plan had been set in motion long before the election because they knew just how corrupt their queen really was. They all knew of the evil nature of their queen but they did not care because they all believed that they were going to benefits from her being on the throne. It did not matter to them how many people had been hurt by her rise to power just that they would gain something from giving her their support. But after that dream came crashing to the ground they quickly picked themselves up and began implementing their backup plan. And as we have seen since the 2016 election they have been running with this plan full throttle. So the next question is! Just when did the free press become the mouth piece for the Democratic Party? And just when did the Democratic Party become the Socialist Party of America?

Liberals pride themselves in being what they perceive to be champions of justice. But these so called champions are the most intolerant people on the planet. They expect you to agree with them and when you do not you will be attacked with the full weight of their intolerance. Hate groups like Antifa and Black Lives Matter have popped up much like Hitler’s youth squads did. And in a similar way they go after those who stand in the way of their progressive thinking. They call anyone who stands in their way racist while justifying their racism as good for their cause.

Their accusations of racism are right out of Satan’s playbook. That playbook also states that you must know how to twist an accusation around and use it to accuse those you are targeting of causing everything bad that happens. For instance accusing those that voted for President Trump as being agreement in any racism they perceive that he has. You voted for him so that makes you a racist too is their argument. The fact that President Trump has been involved in helping minorities is of no consequence to them. And even those who had ties to in the past who praised him for his work now use the race card to attack him. It does not matter to them that the evidence is very clear and substantial that he is not a racist. He is no longer on their team so he must be labeled a racist to minimize his standing with the American people. Those same politicians who in video evidence say the exact same thing about illegal immigration are accusing him of being racist. This is because it fits their new agenda of trying to rebuild their voting block because Americans are finely seeing through their lies. They are inciting violence against anyone who does not agree with them and then turning around and accusing him and those who voted for him of inciting that violence. The mouth prices of the Democratic Party are urging people to get out and riot while others in that party just set back and say nothing. That is guilt by association no matter how they try to spin it. And just like the news media they are hoping to benefit from this perceived utopia. But there will be no utopia. History has shown us that all socialist countries only have three classes of people. The elitist, the poor, and those that the elitist use as a buffer to protect themselves and their riches. Namely the military and others who have sold their soul to the devil for some sort of benefits. If you refuse to believe that just take a look at how China and Venezuela handle their citizens who oppose their governments. Tell me this! Do you think that these governments would care about the ACLU? No they would not! In fact, they would suffer the same fate. So why are socialist so eager to turn America into one of those nations.

Socialist have an end justifies the means mentality that the modern day liberal has adopted. The indoctrination centers known as colleges are a prime example of this. Communism and Socialism are pretty much interchangeable. There is a study called Why Communism Kills: The Legacy of Karl Marx by Dr. Fred C. Schwarz. Bottom line of this study is that Marxism teaches that all must be done for the betterment of the commune. But what Marxism fails to teach is that it’s sole purpose is to provide workers for the benefit of the elitist. This is not really a new philosophy. Slavery is not new by any means. Ancient Egypt can be used as a prime example of how slavery was used to benefit a select group of people. And if they did not perform to the expectations of their slave masters they were punished and or killed. History continues to bear this truth out. Millions upon millions have been killed because they were of no benefit to the ruling class. The justification for this was that it benefited the collective to exterminate these individual’s. And in these collectives there can be no individuals below the ruling class. Socialist writer George Bernard Shaw pushed the idea the every person should have to stand before a panel and justify your existence. The hero of the feminist movement and founder of Planned Parenthood was as big of a racist as there ever was. She pushed for the sterilization of all who were not white. And yet today’s modern day liberals/socialist have learned just how to twist their past and accuse anyone who does not agree with them of doing just what they did. There is a reason that they are trying to erase history.

I grew up in the sixties and seventies. I remember watching the funeral of John F. Kennedy on television and not understanding just what had happened. This was the era of the Vietnam Conflict/War. During that time there were protest and riots. Soldiers that came home from that conflict were treated as murders. There were many that spoke out against that war in various ways. Some more violent than others! It is believed that President Kennedy was going to keep America from becoming further involved with that conflict. But the elitist had other plans. They wanted the riches that Southeast Asia had to offer. So they needed to get someone in office who would give them exactly what they wanted. Therefore President Kennedy had to be removed from office. Much like what is going on today with the elitist attempt to rid themselves of President Trump. Just like what happened with all the protest back then we have the protest taking place today. This is an ends justifying the means attempt by the global elitist to keep people’s eyes off of their attempts to rid themselves of someone who stands in their way. And all these protesters, including those in the media are no more than puppets for their slave masters.

The fact is, those in the media, those holding office and those in the government who have participated in this are all willing participant’s and are no less guilty than their puppet masters. Romans chapter 1 tells us that the minds of those who stand against God have become deluded.

18 For the wrath of God is revealed from heaven against all ungodliness and unrighteousness of men, who suppress the truth in unrighteousness, 19 because what may be known of God is manifest in them, for God has shown it to them. 20 For since the creation of the world His invisible attributes are clearly seen, being understood by the things that are made, even His eternal power and Godhead, so that they are without excuse, 21 because, although they knew God, they did not glorify Him as God, nor were thankful, but became futile in their thoughts, and their foolish hearts were darkened. 22 Professing to be wise, they became fools, 23 and changed the glory of the incorruptible God into an image made like corruptible man—and birds and four-footed animals and creeping things.

24 Therefore God also gave them up to uncleanness, in the lusts of their hearts, to dishonor their bodies among themselves, 25 who exchanged the truth of God for the lie, and worshiped and served the creature rather than the Creator, who is blessed forever. Amen.

26 For this reason God gave them up to vile passions. For even their women exchanged the natural use for what is against nature. 27 Likewise also the men, leaving the natural use of the woman, burned in their lust for one another, men with men committing what is shameful, and receiving in themselves the penalty of their error which was due.

28 And even as they did not like to retain God in their knowledge, God gave them over to a debased mind, to do those things which are not fitting; 29 being filled with all unrighteousness, sexual immorality, wickedness, covetousness, maliciousness; full of envy, murder, strife, deceit, evil-mindedness; they are whisperers, 30 backbiters, haters of God, violent, proud, boasters, inventors of evil things, disobedient to parents, 31 undiscerning, untrustworthy, unloving, unforgiving, unmerciful; 32 who, knowing the righteous judgment of God, that those who practice such things are deserving of death, not only do the same but also approve of those who practice them.

And in their attempts to justify their actions they blame anyone and everyone that does not agree with them for what is going on. They simply refuse to be held accountable for their own actions. But in the end they will. Time is counting down for all men. And in the end they will not be able to rely on the end justifies the means lie that they have been living.